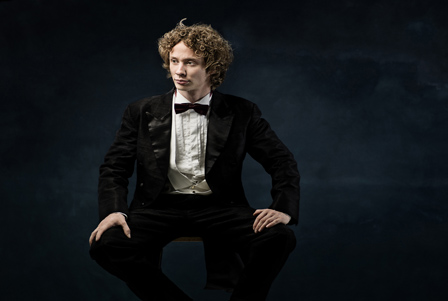 In the 18/19 season Santtu-Matias Rouvali, who’s ‘music-making positively blazes’ (The Times), continues his positions as Chief Conductor of the Gothenburg Symphony and Principal Guest Conductor of the Philharmonia Orchestra, where in May 2019 he was announced as Principal Conductor-designate, suceeding Esa-Pekka Salonen. He will start his tenure in 21/22. Alongside these posts he retains his longstanding Chief Conductor-ship with the Tampere Philharmonic Orchestra close to his home in Finland.

Rouvali has regular relationships with several orchestras across Europe, including the Orchestre Philharmonique de Radio France, Oslo Philharmonic Orchestra, Bamberger Symphoniker and the Deutsches Symphonie-Orchester Berlin. As well as making his debut with the Münchner Philharmoniker this season, he also returned to North America for concerts with the Minnesota Orchestra and Detroit Symphony Orchestra. In 19/20, alongside his regular appearances he undertakes three important debuts with the New York Philharmonic, Berlin Philharmonic and Royal Concertgebouw Orchestra.

Following a very successful Nordic tour with Hélène Grimaud last season, the Gothenburg Symphony was back on the road in February 2019 for a tour hitting major centres in Germany and Austria with pianist Alice Sara Ott and percussionist Martin Grubinger. Rouvali looks forward to other ambitious touring projects with his orchestras in the future, including appearances in North America and Japan.

Another cornerstone to his tenure in Gothenburg, he is adding his mark to the orchestra’s impressive recording legacy. Earlier this year he released the highly celebrated first disc of an ambitious Sibelius cycle, starting with the First Symphony paired with the early tone poem En saga. Critically acclaimed the album won the Gramophone Editor’s choice award (Gramophone: “This is one terrific disc.”), the Choc de Classica, a Preis der deutschen Schallplattenkritik as well as the prestigious French Diapason d’Or “Decouverte” (FFF Telerama: “In directing this highly-esteemed ensemble, the young Finnish conductor transcends the repertoire of his fellow countryman. Breathtaking.").

In partnership with Tampere Philharmonic Orchestra and violinist Baiba Skride, a recording featuring concertos from Bernstein, Korngold and Rozsa was released in autumn 2018. This continues his great collaboration with Baiba Skride following their hugely successful recording of Nielsen and Sibelius’ violin concertos with the Tampere Philharmonic Orchestra in summer 2015.

Santtu-Matias Rouvali  in the 36. FIMC

He will conduct the Philharmonia Orchestra in these concerts: