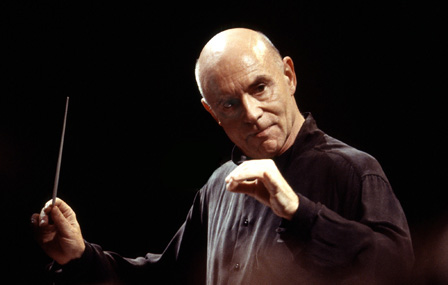 Eschenbach is also a regular guest at the most prestigious music festivals, including those in Salzburg, Tanglewood, Ravinia, Schleswig Holstein, Rheingau, St. Petersburg and Grenada.

With a multitude of records on the market for five decades, Eschenbach has an impressive discography both as conductor and pianist in leading record labels. His albums include works by Bach and current music and reflect his commitment to music not only from past times but also from the end of the 20th century and the beginning of the 21st. In 2014 he received a Grammy Award for his album Hindemith with the violinist Midori and the NDR Symphony Orchestra.

Christoph Eschenbach had as mentors George Szell and Herbert von Karajan, and it is very important for him to transmit knowledge and musical experience, spending time every season to give master classes and participate in academies for young musicians such as Schleswig-Holstein, Kronberg , Manhattan School of Music and Accademia della Scala.

Among his many awards, Eschenbach has the Légion d'Honneur, Officier dans l'Ordre National du Mérite and Commandeur dans l'Ordre des Arts et des Lettres of the French government, the Commander's Cross of the German Order of Merit and the Prize Leonard Bernstein of the Pacific Music Festival.

In 2015 he received the prestigious Ernst von Siemens award in recognition of his dedication to music.

Christoph Eschenbach in the 36. FIMC:

He will conduct Orquesta de París in the following closing concerts: