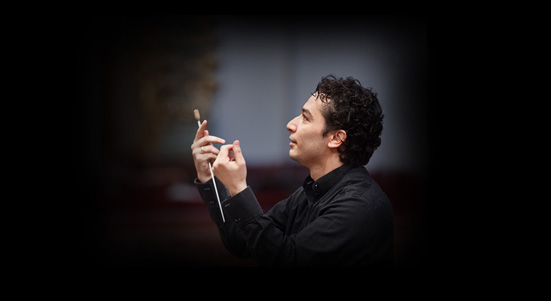 He first gained international attention in 2004 when he conducted the Tonkünstler Orchestra at the Musikverein in Vienna, being recognized by the Viennese press as "the miracle of Vienna". Since then he has developed a successful musical alliance with this orchestra, which led him to assume the Musical Direction of the Orchestra in 2009, a commitment that ended in the summer of 2015. In addition, he held the position of Chief conductor between 2009 and 2013 of the Euskadi Symphony Orchestra.

Andrés Orozco-Estrada in the 36. FIMC:

He will conduct Sinfónica de la Radio de Frankfurt in the following concerts: