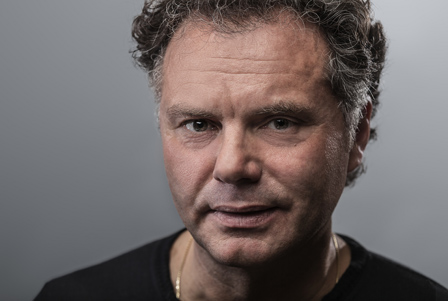 During the season 2017/18 Roberto Saccà sings the role of Florestan/FIDELIO in Sevilla, returns to the Berlin State Opera with ARIADNE AUF NAXOS/Bacchus and is guest in several Gala concerts and performances.

Future projects in 2018/19 include his role debut as Otello at Frankfurt’s Opera House and his role debut as Aegysth/ELEKTRA at La Scala in Milan. At the Théâtre des Champs-Elysée in Paris he appears as Bacchus/ARIADNE AUF NAXOS among others.

In the season 2016/17 Roberto Saccà returns to Hamburg as LOHENGRIN and as “Kaiser” in FRAU OHNE SCHATTEN (new production), he appears again as “Eleazar” in LA JUIVE at Strasbourg Opera and returns to Berlin’s State Opera as “Bacchus”/ARIADNE AUF NAXOS.

At the Bayreuth Festival he sings again “Loge” in DAS RHEINGOLD where he made his house and role debut in 2016.

During the recent seasons Roberto Saccà appeared with a new production of THE MEISTERSINGERS OF NUREMBERG in his début as Stolzing at Zurich Opera House. Then followed his début as Don José in a new production of CARMEN in Antwerp, performances of Bruckner's TE DEUM in Tel Aviv and Salzburg under Zubin Mehta, and a further CARMEN/Don José at the Deutsche Oper in Berlin. He sang in Strauss’s ARIADNE AUF NAXOS at Hamburg’s State Opera,  at the Frankfurt Opera and again at Zurich’s Opera House. In Frankfurt and Antwerpen he also appeared in a new production of IDOEMENEO and enjoyed great success in two new productions of MEISTERSINGER/Stolzing in Amsterdam and at the Salzburg Festival in 2013.

In early 2014 he made his début as Lohengrin in a new production of the opera of the same name in Dusseldorf. In spring 2014, he made his house and role debut at the New York Metropolitan Opera as Matteo in Richard Strauss's ARABELLA. This was followed by ARIADNE AUF NAXOS at London's Royal Opera House at Covent Garden, DIE FRAU OHNE SCHATTEN at Zurich Opera House, and ended the year with LOHENGRIN at the Deutsche Oper in Berlin.

In March 2015 he made his début as Éléazar in LA JUIVE by Jacques F. Halévy at the Flanders Opera in Antwerp/Ghent. The next stop was Berlin once again, where he sang Bacchus in ARIADNE at the Deutsche Oper. In Autumn 2015 he has  made his house and role début as the Drum Major in Alban Berg's WOZZECK in La Scala.

Throughout his musical life, Roberto’s German-Italian roots have enabled him to span two worlds.

His Sicilian heritage led him as a student to the popular Italian bel canto tradition. Television viewers of the late 1980s may remember his inspiring renditions of Italian folksongs in the style of Mario Lanza.

Later student years were influenced by the exploration of his German side. His teacher of the time, Aldo Baldin, introduced him to the Passions and Cantatas of J.S. Bach, thereby laying the musical foundations for a career as an opera and concert singer.

As his voice developed further, he moved away from the mainstream and began a fruitful collaboration with Alexander Pereira and Nikolaus Harnoncourt in Zurich. His big break internationally came in 1995 with Joseph Haydn’s L’ANIMA DEL FILOSOFO opposite Cecilia Bartoli. In the following years Zurich Opera became the heart of his artistic activities.

It was in Zurich in 1996 that he sang the title role in the world premiere Herbert Willi’s opera SCHLAFES BRUDER. There he went on to enjoy considerable further success in productions such as Mozart’s DON GIOVANNI and COSI FAN TUTTE, and Rossini’s BARBER OF SEVILLE.

Also worthy of mention are acclaimed performances of L’ELISIR D’AMORE with Anna Netrebko and THE MAGIC FLUTE at San Francisco Opera.

In 2000 he sang Mozart’s ENTFÜHRUNG AUS DEM SERAIL together with Natalie Dessay at the Grand Théâtre de Genève.

His first encounter with Richard Strauss was in DAPHNE under Christian Thielemann at Berlin Deutsche Oper in 2002/2003. His role as Leukippos provided a fascinating opportunity to immerse himself in an extended vocal Fach.

There followed numerous acclaimed tours, notably to the USA, where he made his debut in the Carnegie Hall, New York, and in the Kennedy Center, Washington with Renée Fleming, under the direction of Semyon Byshkov.

A personal highlight was his participation in the reopening of the Teatro La Fenice in Venice in 2004. He performed in the inaugural concert under Riccardo Muti, and sang Alfredo in the new production of LA TRAVIATA under Lorin Maazel. This was broadcast on television worldwide, and later released on DVD.

Another outstanding personal success was his portrayal of Bacchus in Richard Strauss’s ARIADNE AUF NAXOS at Zurich Opera in late 2006. Next came new productions of Henze’s L’UPUPA (the role of the Demon) at Hamburg Staatsoper, and LA CLEMENZA DI TITO at Berlin Staatsoper.

He went on to appear in new productions as Duca in RIGOLETTO at the Teatro Regio Turin, Baron Lummer in INTERMEZZO at Zurich Opera House, as well as in MANON at Marseille Opera, and LA TRAVIATA at the New National Theatre, Tokyo.

In the seasons 2008-2011 which followed, he dedicated himself more and more to the expansion of his Fach, and earned huge personal success in several debut roles. At Zurich Opera: Florestan in FIDELIO, Manolios in THE GREEK PASSION, the Kaiser in DIE FRAU OHNE SCHATTEN, and Fritz in DER FERNE KLANG, and the title role in Britten’s PETER GRIMES at Dusseldorf Opera. Deserving of particular mention are his title role in Prokofiev’s THE GAMBLER at the Royal Opera House in London under Antonio Pappano, his Walter in Weinberg’s THE PASSENGER at the Bregenz Festival, and his title role in Hans Pfitzner’s PALESTRINA at Hamburg and Munich State Operas.

Beyond the Opera Roberto Saccà is also in great demand on the concert platform. To name but a few engagements: Schumann’s SCENES FROM FAUST, Haydn’s CREATION under Adam Fischer, Beethoven’s MISSA SOLEMNIS in the Basilica of Santa Cecilia in Rome under Antonio Pappano, Verdi’s REQUIEM in Moscow under Teodor Currentzis, and performances of Beethoven’s NINTH SYMPHONY in Oviedo under Lorin Maazel, in Zurich under Zubin Mehta, in Vienna and London under Christoph von Dohnanyi, and with the Boston Symphony Orchestra under Bernard Haitink.