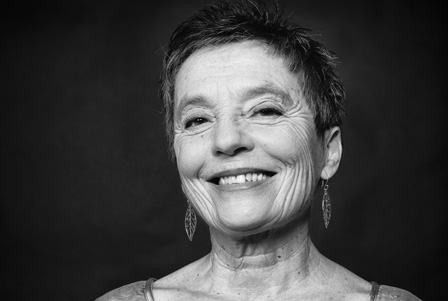 Born on 23 July 1944 in Lisbon, Maria João Pires gave her first public performance at the age of 4 and began her studies of music and piano with Campos Coelho and Francine Benoît, continuing later in Germany, with Rosl Schmid and Karl Engel. In addition to her concerts, she has made recordings for Erato for fifteen years and Deutsche Grammophon for twenty years. Since the 1970s, she has devoted herself to reflecting on the influence of art on life, community and education, trying to discover new ways of establishing this way of thinking in society. She has searched for new ways which, respecting the development of individuals and of cultures, encourage the sharing of ideas. In 1999, she created the Centre for the Study of the Arts of Belgais in Portugal. She broadened the reach of this philosophy to Salamanca and Bahia in Brazil. In 2012, in Belgium, she initiated two complementary projects; the Equinox project which creates and develops choirs for children from disadvantaged backgrounds, and the Partitura project, the aim of which is to create an altruistic dynamic between artists of different generations by proposing an alternative in a world too often focused on competitiveness.