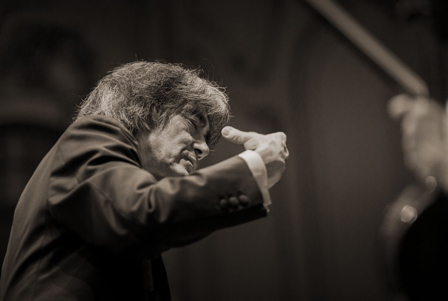 Kent Nagano is renowned for interpretations of clarity, elegance and intelligence. He is equally at home in music of the classical, romantic and contemporary eras, introducing concert and opera audiences throughout the world to new and rediscovered music and offering fresh insights into established repertoire. He has been Music Director of the Orchestre symphonique de Montréal since September 2006. In September 2013, he became Artistic Advisor and Principal Guest Conductor of the Gothenburg Symphony Orchestra. In September 2015, he took up the position of General Music Director of the Hamburg State Opera and Chief Conductor of the Hamburg Philharmonic State Orchestra. Highlights of Kent Nagano’s first three seasons in Hamburg were the premiere of Wagner’s Parsifal, Berlioz‘ Les Troyens, the world premiere of Toshio Hosokawa’s Stilles Meer, Messiaen’s Turangalîla with the Hamburg Ballett and John Neumeier, the “Philharmonische Akademie“ – a project in the tradition of musical academies of the 18th/19th century –, the South America Tour with the Philharmonic State Orchestra, the premieres of Alban Berg’s Lulu and Strauss‘ Frau ohne Schatten and the world premiere of Jörg Widmann’s oratorio ARCHE – composed on the occasion of the inauguration of the Elbphilharmonie in January 2017, which will be released on CD by ECM in Autumn 2018.

At the Bayerische Staatsoper, where he was General Music Director from 2006 to 2013, Kent Nagano commissioned new operas such as Babylon by Jörg Widmann, Das Gehege by Wolfgang Rihm and Alice in Wonderland by Unsuk Chin.

A very important period in Nagano’s career was his time as Artistic Director and Chief Conductor of the Deutsches Symphonie-Orchester Berlin, from 2000-2006. In June 2006, Kent Nagano was given the title Honorary Conductor by members of the orchestra, only the second recipient of this honour in their 60-year history.