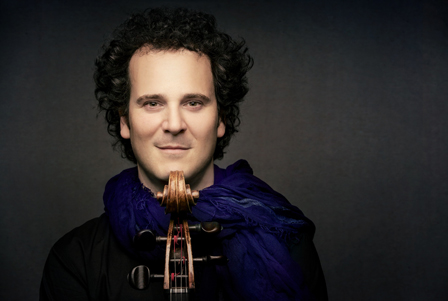 The cellist Damian Martinez Marco started to make a name for himself at a very early age, hence his recommendation by Mstislav Rostropovich to the Queen Sofia of Spain. He has been awarded in the international competitions in France, Spain and Portugal and is widely known for his “expressive sensibility” and “ornate tone”.

He has recorded for Warner Classics, Claves, Naxos and ASV. Since the year 2000 he conforms the Duo Cassadó with the pianist Marta Moll de Alba.

Damian graduated from the Guildhall School of Music and Drama in London, Indiana University School of Music in USA and Musikhochschule Stuttgart under the direction of Janos Starker, Natalia Gutman, Maria de Macedo and Aldo Parisot with the support of Juventudes Musicales de Madrid, Fundación Ritz, Fundación Pau Casals, Indiana University, Banff Centre of Arts Canada and Yale University. He plays a Jean Baptiste Vuillaume made in  Paris 1863.