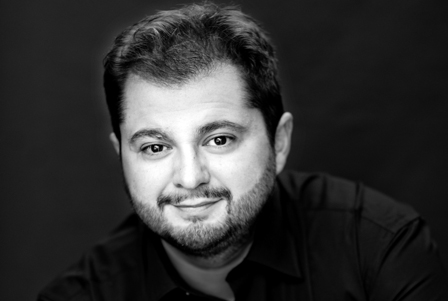 With his truly genuine bel-canto voice, Celso Albelo is currently one of the most courted tenors on the international opera circuit.

Born in Santa Cruz in Tenerife, he trained in the conservatoire in his home town and at the Escuela Superior de Canto Reina Sofía in Madrid before being accepted at the Busseto Academy (Italy), where he perfected his art with Carlo Bergonzi. His international career has taken him to the most prestigious opera houses in the world, from the New York Metropolitan to La Scala in Milan, as well as the Vienna Staatsoper, the Berlin Deutsche Oper, the Bolshoi Theatre in Moscow, the Royal Opera House in London, the Gran Teatre del Liceu in Barcelona, the Teatro Real in Madrid, Palau de les Arts in Valencia, the Paris Opéra National, the Teatro San Carlo in Naples, the Fenice in Venice and the Massimo in Palermo, among many others in Italy, Spain, Germany, Japan, China, Switzerland, Belgium, France, Monte-Carlo and Chile. He has also sung a large amount of his repertoire in festivals such as the Maggio Musicale Fiorentino, the Rossini Opera Festival in Pesaro, the Terme di Caracalla Festival in Rome, the Castell de Peralada Festival in Spain, Savonlinna Festival, Chorégies d’Orange, the London Proms and at Baden-Baden Festspielehaus. In Spain he is regularly invited to sing in cities such as Bilbao, Santa Cruz in Tenerife, Las Palmas de Gran Canary, A Coruña, Seville, Oviedo and Mahón. Currently he has more than 25 roles in his repertoire, especially from operas by Donizetti, Bellini and Verdi. In Japan he was awarded the Ongakunotomo magazine prize and also the Guangzhou Opera in Canton (China) has named him Honorary Artistic Consultant alongside artists such as Anne-Sophie Mutter and Vladimir Ashkenazy.

He has given recitals and concerts in the most prestigious auditoria in Spain, Japan, USA, Belgium, Italy, the Netherlands and England and he has collaborated with conductors such as Pappano, Mehta, Harding, Oren, Zedda, Santi, Frühbeck de Burgos, Rizzi, Pidò and Frizza.

He has been awarded the 2008 Ópera Actual Prize, the Oscar della Lirica at the International Opera Awards at the Arena di Verona (in 2010 and 2012), the Teatro Campoamor Opera Prize for Best Newcomer (2010), the Best Singer of the Season (2012), the Giuseppe Lugo Prize in Italy (2013), the Codalario Magazine Prize (2014) and the Taburiente Award (2017). In 2013 he was decorated with the Canary Island Golden Medal by the Island Government and in May 2016 he was named Favourite Son by the La Laguna Council (Canary Islands).