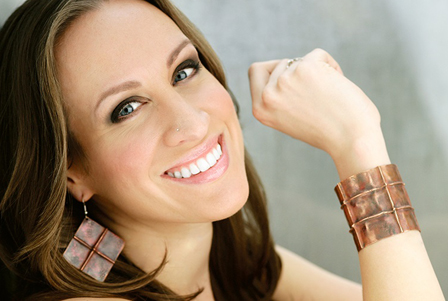 Acclaimed for her “tireless, golden soprano” (The Times), and “dazzling, pinpoint coloratura” (Opera News), Brenda Rae is a regular guest at the world’s leading opera houses in a portfolio of demanding principle roles.

This season, Brenda Rae makes her debut at Opernhaus Zürich as Konstanze (Die Entführung aus dem Serail) under Riccardo Minasi, returns to Opera Philadelphia as Lucia di Lammermoor – following her star turn in the same role for Santa Fe Opera –  and returns to Oper Frankfurt as Elvira (I puritani). Future projects include debuts with the Metropolitan Opera and Teatro Real Madrid.

As a former member of the ensemble of Oper Frankfurt, Brenda Rae amassed an impressive repertoire there including Violetta, Lucia, Konstanze, Amina (La sonnambula), Giulietta (Les Contes d’Hoffmann), Zdenka (Arabella), and Gilda (Rigoletto) which she added in Hendrik Müller’s new production. Following a debut as Zerbinetta, this has become one of her most celebrated roles, leading to house debuts at the Staatsoper in Berlin and Hamburg as well as further performances at Bayerische Staatsoper. Elsewhere, Rae debuted at English National Opera as Berg’s Lulu in William Kentridge’s production, Opéra national de Paris as Anne Trulove (The Rake’s Progress), the Wiener Staatsoper as Lucia, Seattle Opera as Semele, and the 2011 Glyndebourne Festival as Armida (Rinaldo), which was part of the BBC Proms and released on DVD by Opus Arte. Further roles include Aminta (Die schweigsame Frau) in Barrie Kosky’s production as well as the Queen of the Night (Die Zauberflöte) under Asher Fisch, both in Munich, and her first Amenaide (Tancredi) at Opera Philadelphia.

Brenda Rae made her US operatic stage debut at the 2013 Santa Fe Opera Festival as Violetta (La traviata) and has since returned as Norina (Don Pasquale), both Mme Vladimirescu and Mme Herz (The Impresario) and, most recently, Cunegonde (Candide) under Music Director Harry Bicket. Following her debut tour with him and The English Concert as Polissena (Radamisto), Rae reunites with Bicket this season as Semele, touring to London’s Barbican, Paris’ Théâtre des Champs-Élysées and New York’s Carnegie Hall, as well as for her house debut at Lyric Opera of Chicago as Ginevra (Ariodante).

On the concert platform, Brenda Rae made her debut at Teatro alla Scala last season in their Christmas concerts, singing Mozart’s Mass in C minor and Exsultate jubilate under Giovanni Antonini and broadcast live on RAI, and joined the Australian Academy of Music and Benjamin Bayl for a programme of Rameau arias. Her recital appearances this season include the celebrated Schubertiade in Schwarzenberg and her debut at Wigmore Hall in a programme of Strauss, Liszt, Debussy, Schubert and Fanny Mendelssohn.