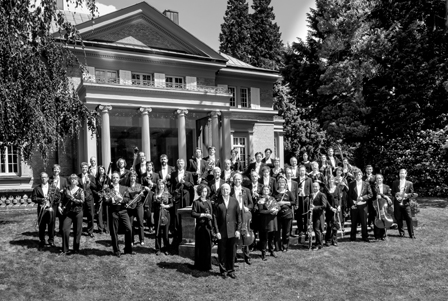 Highlights in 2017 include a performance in Amsterdam with Janine Jansen, BBC Proms with Vilde Frang and taking their Beethoven cycle on tour to Asia. In 2018, they perform in Vienna, Luxembourg, Aix en Provence and return to Japan and Korea.

Alongside their recording work, the Deutsche Kammerphilharmonie and Paavo Järvi have given major tours to Japan (2006, 2007, 2010, 2013, 2014), Canada and the US (2005, 2007, 2009, 2010, 2014) as well as numerous tours throughout Europe. They returned to South America in 2013 and performed a complete Beethoven symphony cycle in São Paulo. Schumann’s symphonies were the next works to be explored and re-interpreted, taking the repertoire to the White Nights Festival, St Petersburg (personally invited by Valery Gergiev) in July 2011, the Beethovenfest Bonn in September 2011 and the Beethoven Festival, Warsaw in 2012. Tours in 2013 included a concert performance of Beethoven’s Fidelio in Japan, as well as their Korean debut. 2014 brought the launch of their Brahms symphony and concerto cycle which they performed in the US, Canada, Europe and Japan. In 2015 they returned to Korea and toured throughout Russia, Austria, Germany, France and Poland, and in 2016 they revisited Asia with a major tour to Japan and Taiwan. Additionally, they are Orchestra in Residence at Elbphilharmonie, Hamburg.

The Deutsche Kammerphilharmonie has received numerous awards for its unique collaboration with the Bremen East School, including the Future Award for best social innovation in 2007. In 2008 it received the prestigious German Founders Award in the category of ‘special prize’ for its successful combination of entrepreneurship and culture. One notable accolade, the Fifth International Bremen Peace Prize, was received in November 2011 together with the Bremen East School and the Osterholz-Tenever borough as an acknowledgement of their outstanding collaborative initiative ‘District-Opera’. This is the first time a Bremen-based project has been recognized with such an award.