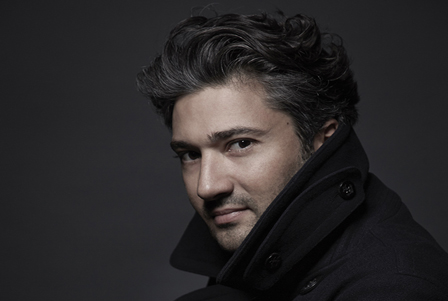 David Afkham is Principal Conductor of the Spanish National Orchestra and Chorus. He is in high demand as a guest conductor with some of the world’s finest orchestras and opera houses, and has established a reputation as one of the most sought after conductors to emerge from Germany in recent years. His first season at the helm of the Spanish National Orchestra in Madrid, featuring a Brahms symphony cycle, Brahms’s Requiem, and concert performances of Wagner’s Fliegende Holländer, was unanimously acclaimed by the press. In Summer 2014, David Afkham made a noted opera debut with Verdi’s La Traviata at Glyndebourne Festival Opera, later reviving the production with Glyndebourne on Tour.

Born in 1983 in Freiburg, Germany; David studied at the Freiburg University of Music and the Liszt School of Music in Weimar. David Afkham was the first recipient of the ‘Bernard Haitink Fund for Young Talent’ and assisted Maestro Haitink in a number of major projects including symphony cycles with the Chicago Symphony, Concertgebouw Orkest and London Symphony Orchestra. He was the winner of the 2008 Donatella Flick Conducting Competition in London, resulting in him becoming the Assistant Conductor of the London Symphony Orchestra for two years. In 2010, David Afkham was the inaugural recipient of the ‘Nestle and Salzburg Festival Young Conductors Award’, and was Assistant Conductor of the Gustav Mahler Jungendorchester 2009- 2012.