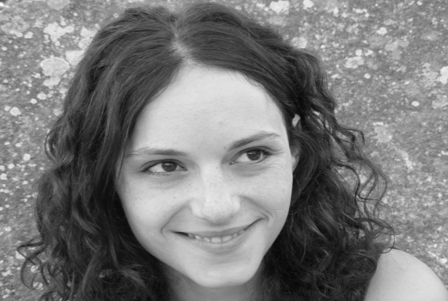 French contralto Yael Raanan-Vandor was born into the same family as the well known austrian conductor Josef Krips and grew up in Israel.

She began her singing education while finishing her drama studies at the Cours Simon of Paris. She studied with Ms. Nadine Denize, and got the advices of Victor von Halem, Helmut Deutsch and Robert Wörle.

In 2013 she performed the mezzo solo of Verdi’s Requiem at the Théâtre des Champs Elysées Paris, the alto solo in Mozart’s Requiem and the recitation part in Schönberg’s Pierrot Lunaire in Lyon. In November 2014 she performed the alto solo in the concert cycle Convergeance in the Amphithéâtre of the Opéra National de Paris. 2014-2015 she sang Eléonore in Offenbach’s Barbe bleue for the Angers-Nantes Opéra, Opéra de Rennes and Opéra du Mans. In April 2015 she performed Philippe Hersant’s Chants Séfarades in Lyon, by whom she was asked to participate again by a world première, Stèle, in November 2015 at the Salle Gaveau of Paris, with violist Gérard Caussé.

2015-2016 Yael Raanan Vandor will be Lucienne, in Korngold’s Die tote Stadt with the Philarmonic Orchestra of Radio France conducted by Mikko Franck and will sing again Philippe Hersant’s Chants Séfarades in Lyon, and Elise in Piccini’s Iphigénie en Tauride in Nürnberg.

In August 2015, Yael Raanan-Vandor was the winner of the Festival Internacional de Musica de Canarias prize, within the Otto Edelmann singing competition in Vienna, by whom she has been invited for a concert in February 2016.

In October 2015, Yael Raanan-Vandor is the winner of the Opéra de Strasbourg prize, by whom she has been invited to sing the Page in Strauss’ Salome, and of the Opera of Klagenfurt and Nürnberg Prize (role to be determinated), at the Concorso Internazionale Benvenuto Franci in Pienza, Italy.