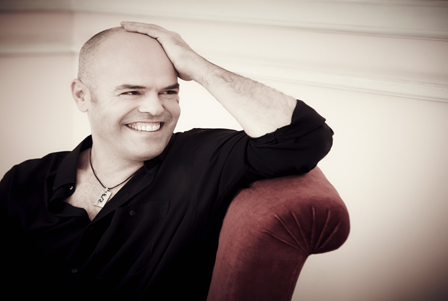 He was born in Las Palmas G.C., where he began his musical studies. At the age of 15, he moved to Vienna and completed his training at the State Conservatory, where he obtained honors in 1991 unanimously.

He is winner of several national and international awards among which are the "Pegasus" Award and the "Bosendorfer" Award in Vienna and the Prize for Best Accompanist of the International Singing Competition "Jacinto Guerrero Foundation" in two consecutive editions.

He made the world's first Falcón Sanabria’s piano concerto recordings, Nostalgic for piano and orchestra by Carmelo Bernaola and the Concerto for two pianos and large orchestra by Angel Martin Pompey. He gained the "Ritmo" Magazine Award for his album of Piano Music by Guridi and Father Donostia.