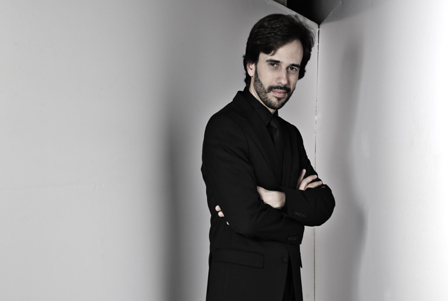 Born in Las Palmas de Gran Canaria (Spain), Ivan Martin is nowadays recognized by critics and audiences as one of the most brilliant pianists of his generation.

Engaged with the musical creation, Iván Martín has featured several premieres by composers such as Antón García Abril, Cristóbal Halffter, Pedro Halffter, Pilar Jurado, Ramón Paús and, more recently, Enric Palomar and Michael Nyman whom he has premiered their piano concertos. He has recently made his debut as a conductor with several orchestras such as “Real Filharmonia de Santiago” and “Orquesta Sinfónica de Castilla y León”, and founded “Galdós Ensemble”, a new and versatile orchestral group to perform music from the Baroque and Classic era as well as modern and contemporary ages.

He has recorded several programs for radio and televisión in Spain, France, Italy, Brasil and United States, and as Warner Music artist, after his first cd dedicated to Antonio Soler piano sonatas which has been warmly welcomed by audiences and critics, receiving the best reviews considering it as a “reference” and been nominated for “XV Spanish National Music Awards”, Iván Martín has recently launched his second album performing Mozart and Schröter piano concertos, which has quickly gained a great acclaim. He is currently working on his next three albums for Sony Classical, which are going to be launched along 2014 and 2015. Next engagements include presentations at New York Carnegie Hall, Canada, Germany, Austria, Swiss, Italy, Argentina and China, performing solo recitals and collaborating with several orchestras and conductors. Iván Martín has been, for first time in its history, artist in residence of Gran Canaria Philharmonic Orchestra for season 2012-2013 and is currently artist in residence of Miguel Delibes Cultural Centre in Valladolid.