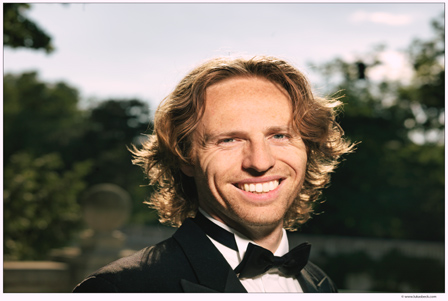 Born in Treviso, Italy, MaoloCagnin developed an interest in music early in life. As a child, he studied violin and violin at the Conservatory of Venice, then later pursued choral music, conducting and composition in Venice and Milan. He completed his studies in Leipzig under Kurt Masur and Fabio Luisi.

In Leipzig, Mr. Cagnin served as assistant to the Thomanerchor’s artistic director, Georg Christoph Biller. He was music director of the Gewandhaus Orchestra’s 2007 production of “La Tragédie de Carmen”.

In 2008, Mr. Cagnin was named conductor of one of the Wiener Sängerknaben’s (Vienna Boys Choir) four touring choirs. He prepares the boys for masses with the Vienna Hofmusikkapelle and for appearances with the Vienna State Opera; for sound and video recordings, and for concerts both in Vienna and abroad.

Mr. Cagnin feels it is especially important to communicate with the audience, “Music is a gift. As musicians, we have the obligation to share that gift with our audience.” Mr. Cagnin finds working with the boys particularly rewarding, “They possess character and spirit. This is reflected in the way they make music. The children learn from me, and I learn from them.” The repertoire is chosen to match the boys' voices and personalities.

The spirited choirmaster enjoys touring, and has led his Choir on tours through most of Europe, North and South America, Australia, Canada, China, Korea, New Zealand, Singapore, Taiwan, and Vietnam.