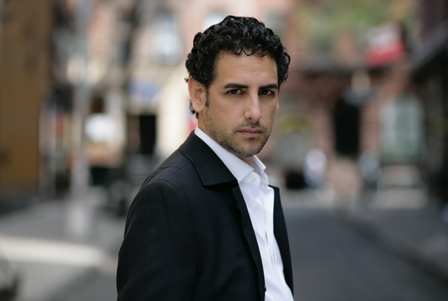 Juan Diego Flórez (Lima, 1973) began singing and playing Peruvian folk and pop music at a very early age. At 17, he began to study at Peru's National Conservatory of Music and three years later he won a scholarship to study voice at the Curtis Institute of Music in Philadelphia.

In 1996 he made his professional debut at the Rossini Opera Festival, Pesaro, stepping in at the last minute to substitute the leading role of Corradino in Matilde diShabran. Despite the short time he had to prepare for it for the first time, his debut was a huge hit and marked the start of his stellar career.

His expressive voice and astonishing agility made him an overnight sensation and led to his debut that same year, aged only 23, in the opening of the 96/97 season at La Scala conducted by Ricardo Muti. Since then, he has appeared regularly at all major international opera houses under the world's leading conductors, gaining particular acclaim in the leading roles of Rossini, Donizetti and Bellini.

Juan Diego Flórez has been an exclusive Decca artist since 2001, recording numerous solo albums and complete operas on CD and DVD. He has been recognized as one of the best tenors in history by the BBC and has received numerous accolades and awards including Peru’s highest distinction, the Gran Cruz de la Orden del Sol. In 2012 he was appointed Kammersänger by the Austrian government and UNESCO Goodwill Ambassador.

In 2011, Juan Diego Flórez founded Sinfonia por el Peru, an inclusive social project inspired in Venezuela’s El Sistema, which runs orchestras and choirs throughout his native country to help the most vulnerable children and youth. In recognition of his foundation, he received the Crystal Award by the World Economic Forum in January 2014.