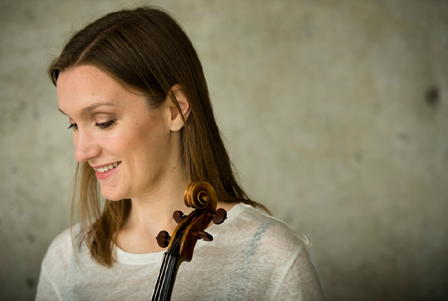 Guro Kleven Hagen (born 1994) made a highly successful debut playing Tchaikovsky with the Oslo Philharmonic conducted by Jukka Pekka Saraste in the 2010/11 season. In the same season she was also soloist with Norwegian Radio Orchestra in Prokofiev 2 Violin Concerto. She has performed with conductors like Christian Arming, Cornelius Meister, Ari Rasilainen and Eivind Aadland.

Engagements in 2013 include performances with the Tivoli Symphony Orchestra, concerts at the Risør Chamber Music Festival, recital at the Louvre Museum, Paris, and Spain Tour with the Oslo Camerata.
This very exciting young Norwegian talent is the prize winner of numerous International competitions, including the 2nd prize in the Eurovision Young Musician Competition 2010, and EMCY’s prize for Music in the Menuhin Competition 2010. She is the winner of the Norwegian Soloist Award in 2010, and was celebrated as Norway’s Young Musician of the Year in 2008.

Guro has performed in several international music festivals, including Verbier Festival Academy and Bergen International Festival, and has been soloist with orchestras in Norway, Estonia, Poland, Austria, Russia and Germany.

Guro is currently studying with Professor Antje Weithaas at the Hanns Eisler Hochschule für Musik in Berlin. Previously she has studied with Stephan Barratt-Due at the Barratt Due Institute of Music in Oslo, as well as Henning Kraggerud and Alf Richard Kraggerud. In addition she has participated in master classes held by leading violin teachers.

Guro plays on a Bergonzi (Cremona Italia, 1735-40), also known as the Kreisler-Bergonzi, kindly on loan from Dextra Musica.