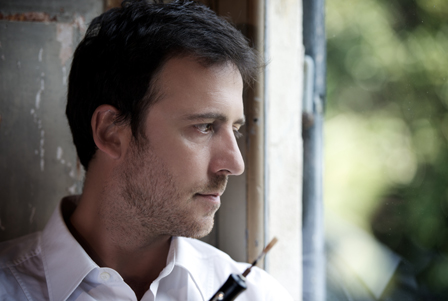 After getting the First Prize at the Conservatoire National de Region de Paris as pupil of Jean-Claude Jaboulay in 1996, Fabien Thouand studied with Jacques Tys and Jean-Louis Capezzali in the National Conservatory of Music in Paris, where he won unanimously the First Prize in 2000. In 2001 he enrolled Professor Maurice Bourgue’s improvement lessons in the center, making that year the Second Prize in the Prague Spring International Competition and Third Prize at the International Joseph Tomassini contest Petritoli. Finally in May 2002 he won the Third prize at the International Competition for Wind Instruments Toulon.

His career was initially developed in France but later throughout Europe, playing with different orchestras and chamber groups, being first oboe in the orchestra of the Theatre de la Monnaie in Brussels, the Bayerische Staatsoper in Munich in Bavaria, the Lyon Opera House, the Bamberger Symphoniker, the Camerata Salzburg, the Bayerischen Rundfunk Orchester, the Deutsches Symphonie-Orchester Berlin and the London Symphony Orchestra. In 2004 he obtained the post as first oboe of the Orchestra of La Scala in Milan, a position he still holds.

Usually he played under the baton of internationally renowned directors like Riccardo Muti, Claudio Abbado, Daniel Barenboim, Lorin Maazel, Georges Pretre, Zubin Mehta, Yuri Termikanov, Kurt Masur, Charles Dutoit, Semyon Bychkov, Riccardo Chailly, Valery Gergiev. After becoming assistant of Jean-Louis Guichard and Gérome Capezzali  in the National Conservatory of Music in Lyon, he became professor of oboe at the Conservatory of Lugano, and recently at the Royal College of Music in London.

He is a Buffet-Crampon artist and plays a Buffet oboe ‘Orfeo’ model.