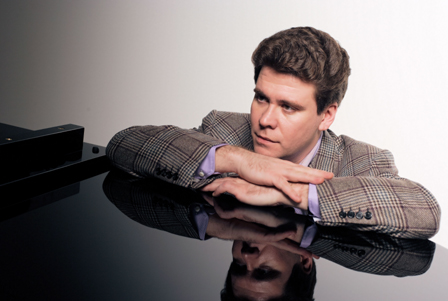 Denis Matsuev has enjoyed a stellar career since his triumphant victory in the 11th International Tchaikovsky Competition in Moscow and is now one of the most sought-after musicians of his generation. His performances in the most prestigious concert halls of the world are always an unfailing success and he appears regularly with world-famous orchestras such as the Chicago Symphony Orchestra, the Pittsburgh, the London Symphony Orchestra, NY Philharmonic, Philadelphia and LA philharmonic, Concertgebouw, Berliner Philharmoniker, the Bavarian Radio Symphony Orchestra, Leipzig Gewandhaus Orchestra, the BBC Symphony Orchestra and the Orchestra of the Mariinsky Theatre. He has a successful creative partnership with the world’s most prominent conductors including LorinMaazel, Valery Gergiev, Kurt Mazur, MarissJansons, Myung-Whun Chung, Zubin Mehta, and Yuri Temirkanov.

Denis Matsuev continues his artistic involvement with theSerge Rachmaninoff Foundation established by Alexander Rachmaninoff, the grandson of the composer. It was Matsuevwho was chosen to present the great composer’s unpublished works,recorded at the composer’s grand piano.

Denis Matsuev is the president of New Names, the Russian Inter-regional Charitable Foundation, and artistic director of the Serge Rachmaninoff Foundation. He is a laureate of prestigious “Shostakovich’s Prize”. He also is a “People’s Artist of Russia.” Denis Matsuevis a member of The Presidential Council for Culture and Art and recently became the head of The Public Council under The Ministry of Culture of the Russian Federation.

Most recently, he was viewed by millions of spectators around the globe while performing excerpts from Rachmaninoff’s second piano concerto at the closing ceremony of the Sotchi Olympic Games.